State of Influencer Marketing in 2021

How the pandemic impacted influencers’ partnerships, earnings, and content production

Though the word “influencer" has been part of the formal English lexicon for only a couple of years, the practice of famous or semi-famous people with enough sway to influence the decisions and behavior of others goes back centuries.

Today, influencers are an increasingly important element in many advertising and marketing campaigns, inspiring their thousands of social media and online followers to make consumer decisions.

Since 2016, the influencer marketing industry has grown by about five-fold, rising from just under $2 billion to almost $10 billion in 2020. And this year? It’s expected to reach nearly $14 billion. For this report, we asked more than 220 influencers that work with brands detailed questions about their business to understand the state of influencer marketing and whether the pandemic has negatively impacted influencers’ ability to reach audiences. 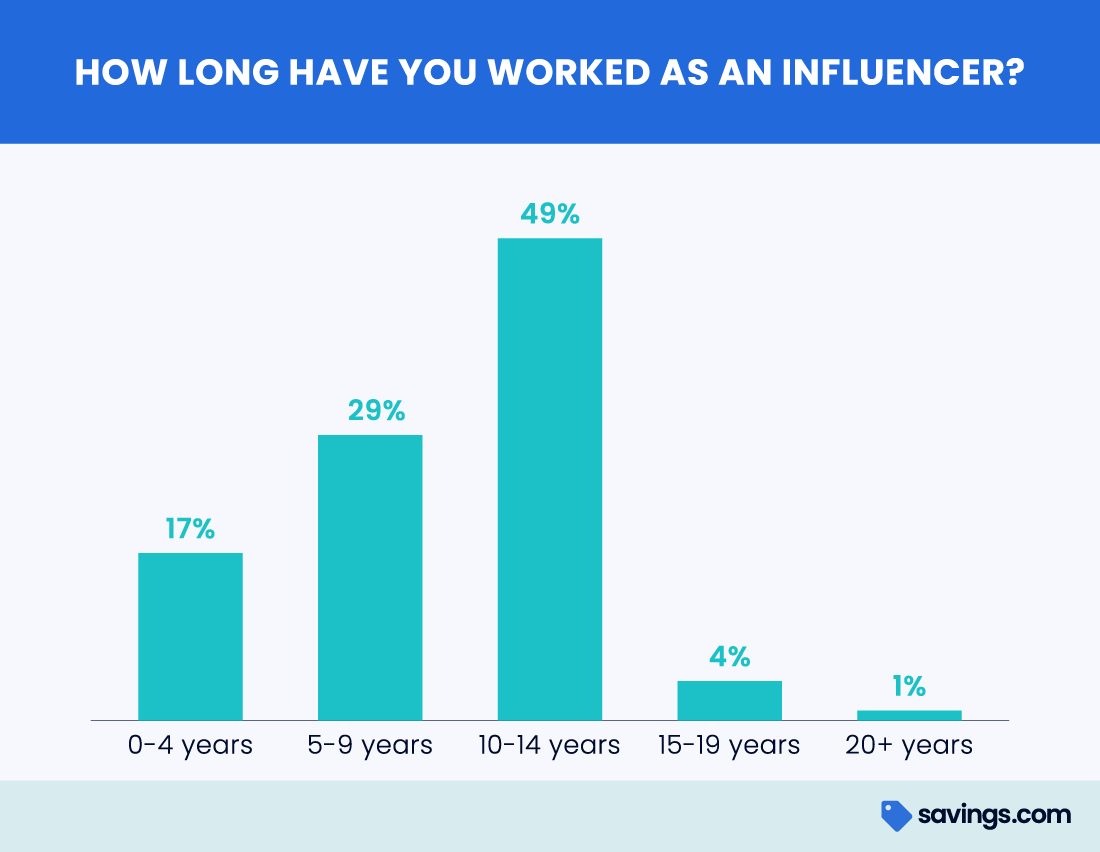 The influencers in our survey have a combined follower count across platforms of more than 26 million, but the average influencer had 190,770 followers on all of their platforms. Only six percent had more than a million total followers. 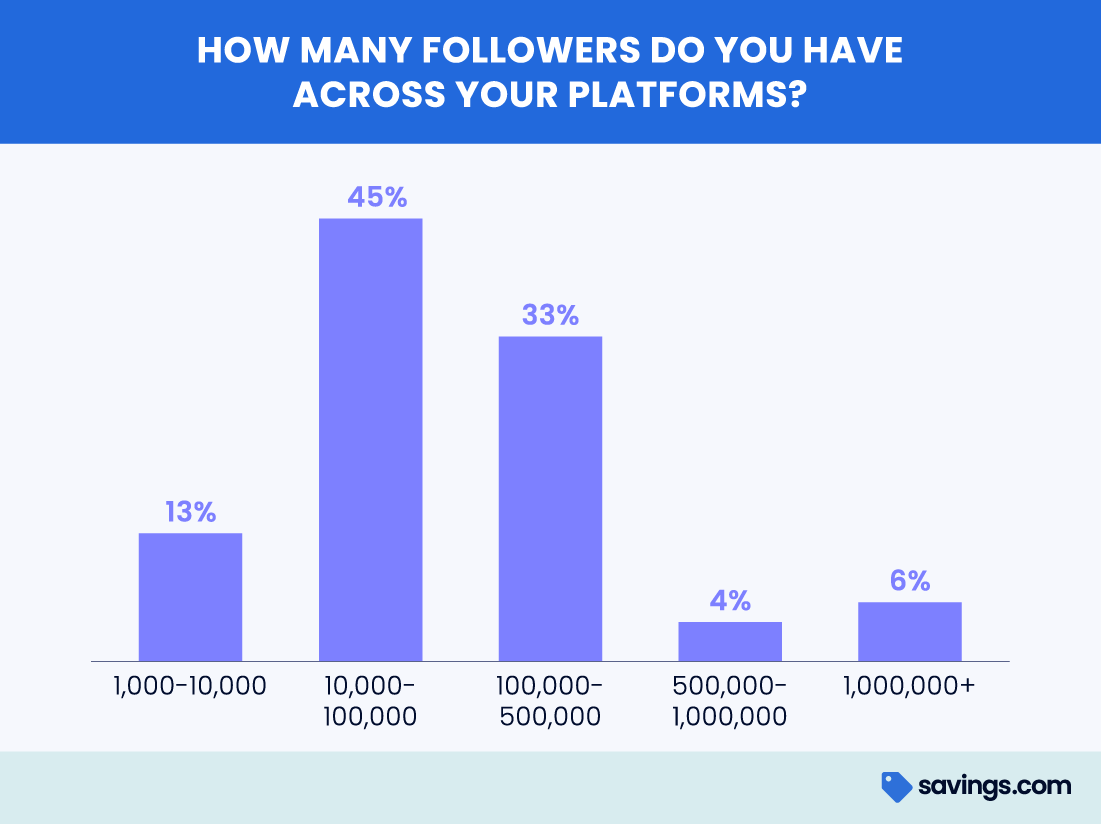 Influencers are also often working across niches. Only a handful of influencers make content in just one category, and the average influencer creates content across six categories. Lifestyle content is the most popular, followed by food/recipes and travel in a distant third.

Instagram is the most popular platform, with almost all influencers saying they create content for the channel. Websites or blogs and Facebook are second and third, separated by just a percentage point. Just 31 percent of influencers in the survey were creating content for TikTok, although earnings potential is high for those who reach superstar status: Charli D’Amelio, who joined the app in 2019, earned $4 million in 2020.

Content production for Clubhouse, a voice conversation app which launched in 2019, was the least common among influencers. Only one percent were creating content for Clubhouse. However, millions of people are currently on a waitlist to join the platform, which could be a sign that more influencers will make the jump to Clubhouse soon.

Just as the average influencer creates content in multiple categories, they also publish on a variety of platforms. Creating content for multiple platforms can boost income for influencers. In fact, almost all of the influencers we surveyed who make at least $50,000 per year create content for at least five channels.

Almost half (47 percent) of the influencers we talked to said it’s harder now to work with brands than before the COVID-19 pandemic. Many said they got fewer collaboration offers, lower budgets, and greater restrictions on what and where they could produce content.

Influencers who say working with brands is harder than before COVID-19, by category

In some cases, the pandemic’s impact is obvious: Americans drove 430 billion fewer miles in 2020, so it’s not too surprising that automotive influencers are having the toughest time securing paid engagements with brands. The travel industry lost trillions because of the pandemic, and 57 percent of travel influencers said it’s tougher to work with brands now. However, with more people doing school from home and others attempting new DIYs and crafts, one might have assumed education and DIY influencers would have an easier time securing branded campaigns.

Among those who said it was harder to work with brands today, 38 percent reported that there simply are fewer branded collaboration offers, and another 26 percent said budget cuts increased difficulty. One in four said COVID-19 restrictions affected their niche or their workflow.

Most common pandemic difficulties for influencers*

Influencers who reported increase or decrease in partnerships offered by category, 2020-2021

As opportunities declined, more than half of influencers said the pandemic led them to diversify their revenue streams in 2020. Resale apps and merch sales were the most popular options for earning extra cash, while two percent of influencers launched a podcast. Another two percent started an OnlyFans page to sell content subscriptions directly to followers. The platform’s popularity skyrocketed during the pandemic, but recent controversial decisions on adult content policies may have damaged users’ trust.

Months after the start of the pandemic, few of the influencers we surveyed make enough money from their content to equate to a full-time wage. Nearly one in four earn at least $50,000 and eight percent are making $200,000 per year.

Not only did the COVID-19 pandemic affect how some influencers work, it also inspired some of the subject matter of their posts. Across all verticals, nearly half of influencers posted content about the pandemic during 2020, another third posted about racism.

What happened as a result of your posts about social issues? Select all that apply.

The Future of Influencer Marketing

We already know the influencer marketing industry is projected to swell to nearly $14 billion by the end of this year, but which platforms can we expect to see the most growth? Among all channels we asked about, nearly one in three influencers said Instagram provided them with the most requests for collaboration and biggest increase in engagement between 2020 and 2021.

Channels by most collaboration requests and biggest engagement increase

Which three types of content were you asked to produce MOST? (by year)

Across all channels, influencers charge an average of about $600 per post when working with brands. But not all post types are equal when it comes to price. 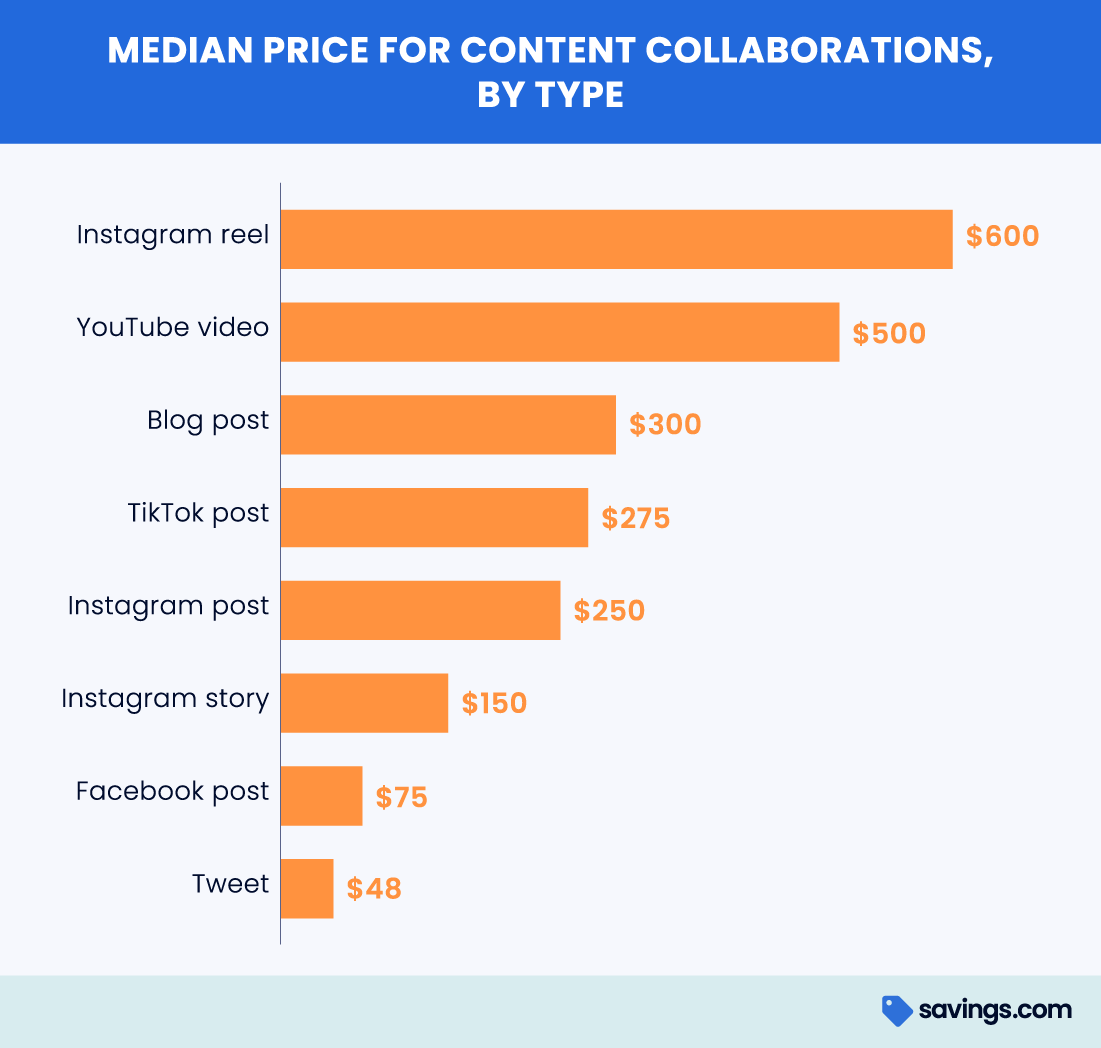 Within the last year, Instagram updates prioritized reels within the app, giving them a central place in the navigation bar. After the release of reels, the short videos exploded across the app. Their new popularity, along with the more complicated production process, may be factors in their higher price tag.

Influencer marketing is projected to continue to rise, with three-quarters of brands indicating they’re devoting specific budget lines to influencer partnerships. Given the enormous amounts brands invest in their influencer marketing efforts, it’s not unreasonable to say the sky could be the limit for the industry.

And after enduring a year marked by economic hardships, the sky is also the limit for influencers. Many forged new paths to increase their earnings and show up for their fans despite diminishing budgets from brands and ever-changing algorithms on their platforms.

We surveyed 228 influencers across two surveys regarding their experiences with online marketing, which content types they create and on which platforms, and whether the COVID-19 pandemic had affected their work. Our surveys were conducted online in July-August 2021.