A Gamer’s Guide to the Best Memorial Day 2022 Sales

Memorial Day 2022 is right around the corner, and that means many retailers will be offering unmatched deals on some of the best video games, gaming PCs, and accessories.

Whether you’re an amatur or serious gamer, we’ve put together a gamer’s guide for what you can expect (and not expect) during this year’s Memorial Day sales events. We’ve also included some fantastic early deals available now!

Memorial Day Gaming Deals You Should Expect to Find

While most Memorial Day deals won’t officially be released until the week before the holiday (Monday, May 30, 2022), we can still anticipate what stores will be offering sizable discounts for their respective sales events.

Gaming Deals You Shouldn’t Expect to Find During Memorial Day

Don’t expect deals on either the PS5 or the Xbox Series X consoles, as high demand and supply chain issues continue to limit stock. That said, there’s a chance we’ll see restocks at either Walmart, Best Buy, or Kohl’s over the next few weeks. If you do find one, go ahead and get it.

Same advice goes for the Nintendo Switch, as the console remains incredibly popular. The good news is you shouldn’t have trouble finding one in stock.

Savings Tip: Get free shipping on orders over $35 when you shop at GameStop.

As we approach Memorial Day, let’s take a look at some of the best gaming deals currently available. Remember, seeing what’s on sale now can help predict what you’ll find when the official deals are released. 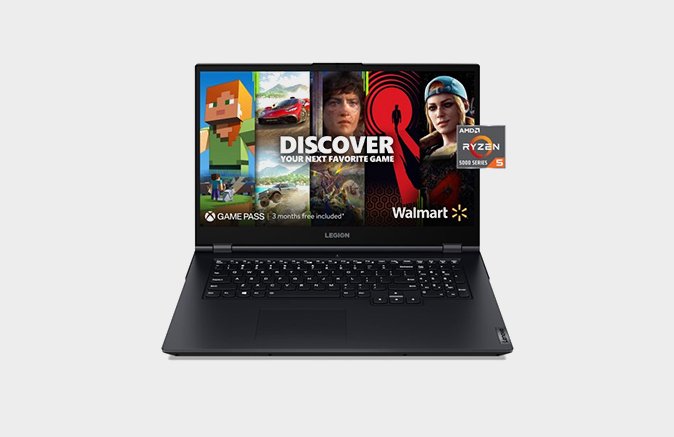 The Lenovo Legion gaming laptop comes with an AMD Ryzen 5 5600H processor, NVIDIA GeForce RTX graphics, and 256 GB of hard-drive capacity. Serious pros may question whether the 8 GB of memory will lead to subtle performance issues, but entry-level gamers should have no problem playing their favorite AAA titles. Other features include Nahimic 3D audio and the Legion TrueStrike keyboard that’s specifically designed for gaming. 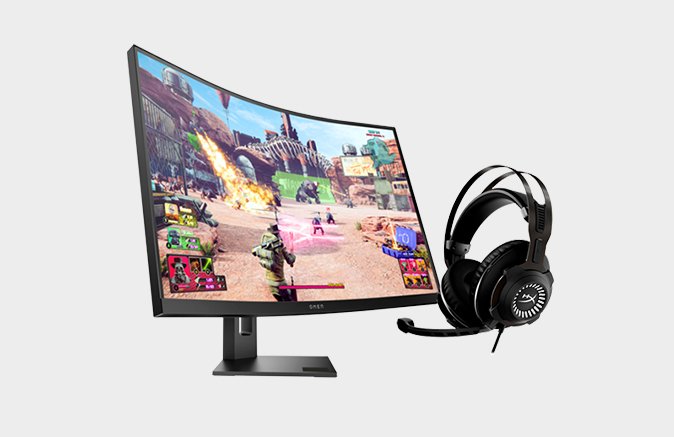 A powerful gaming console or PC can’t reach its full potential without a monitor that matches its capabilities. Enter the Omen 27C Curved Monitor that boasts a 240 Hz refresh rate for super-fast playing without any annoying blur. It also features blue-blocking to limit eyestrain, and a curved screen for greater sense of depth and immersion. Speaking of immersion, this bundle includes the HyperX Cloud Revolver headset, providing you with a studio-grade sound stage experience to pair with your visual feast. 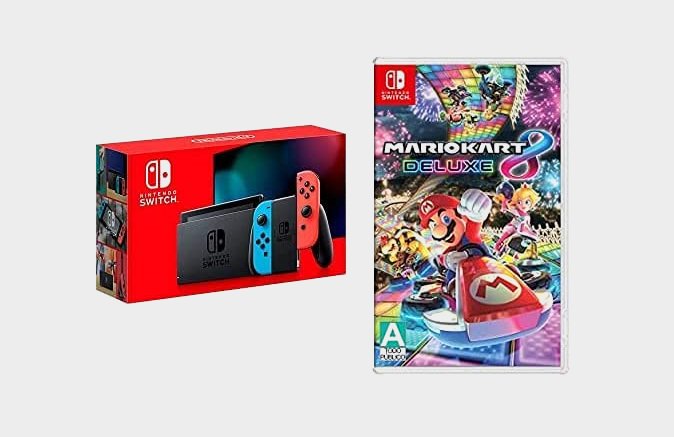 Despite being released over five years ago, the Nintendo Switch remains extremely popular and almost never gets discounted. If you’re new to the Switch life, consider saving some money by purchasing a bundle package. This one from Amazon includes a Nintendo Switch, one neon blue and neon red Joy-Con, and the classic Mario Kart 8 Deluxe. 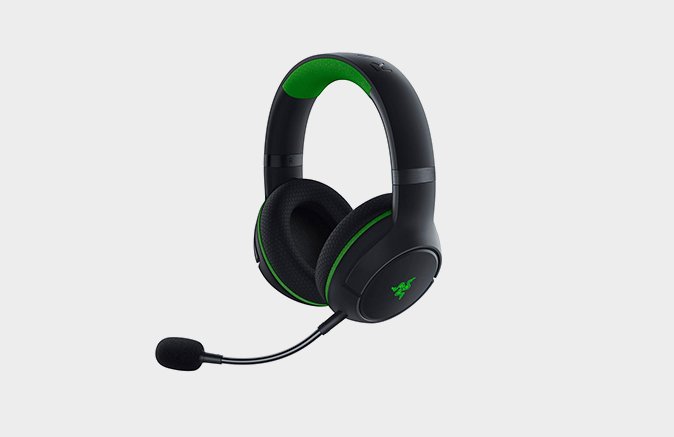 Made for the Xbox Series X, the Bluetooth-enabled Razer Kaira Pro delivers bright, crisp, and powerful audio for a superior surround-sound gaming experience. Communicate with your friends (or foes) using the detachable Razer HyperClear Supercardioid Mic, which has rear and side noise rejection to limit unwanted sound. There’s even a mobile mic hidden in the headset for more discreet use. 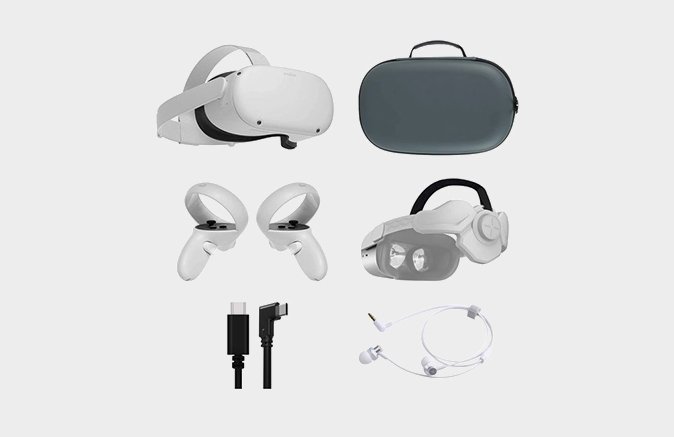 The Oculus Quest 2 VR Headset grants access to the ever-evolving and engrossing world of virtual reality without the need for a PC or console. Choose from over 200 games tailor-made for the Oculus’s interactive 3D experience, or enjoy a thrilling concert or live show right from your couch. This bundle also includes the touch controllers, Mytrix head strap, carrying case, earphones, and link cable. 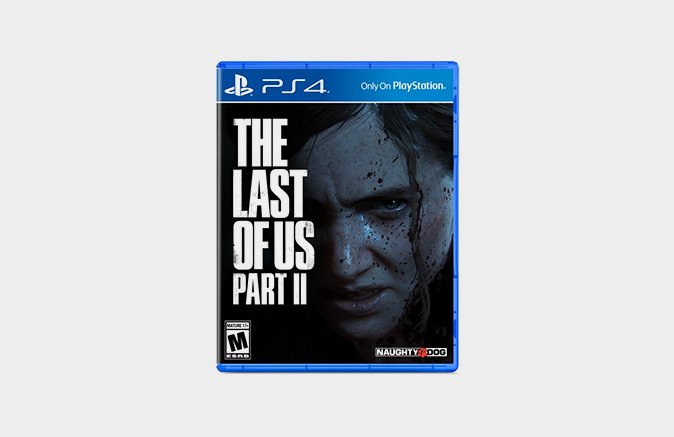 The groundbreaking zombie-fighting saga continues in the Last of Us: Part II. More than just a violent adventure game, Part II received near-universal praise for its challenging and heart-wrenching exploration into morality and the cost of revenge. This is interactive storytelling at its absolute finest; IGN gave it a coveted 10/10. 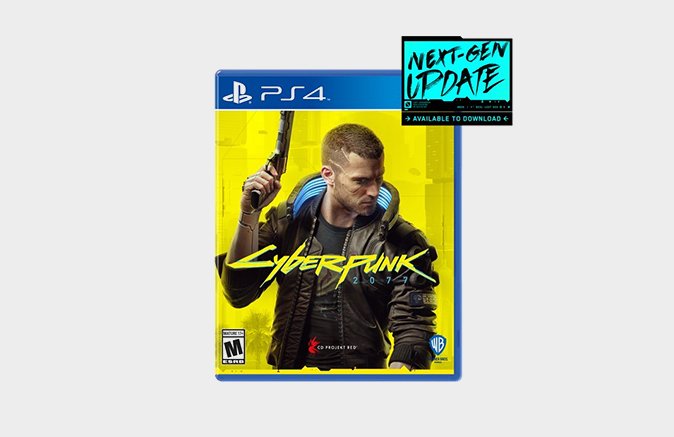 Plagued by a myriad of bugs during its initial debut, the long-awaited Cyberpunk 2077 (PlayStation 4) has benefitted from a number of patches aimed at solving the issues that frustrated gamers. Considering the number of fixes already released, it’s safe to assume CD Projekt Red intends to keep improving their sci-fi saga. We say capitalize on this Walmart deal now! 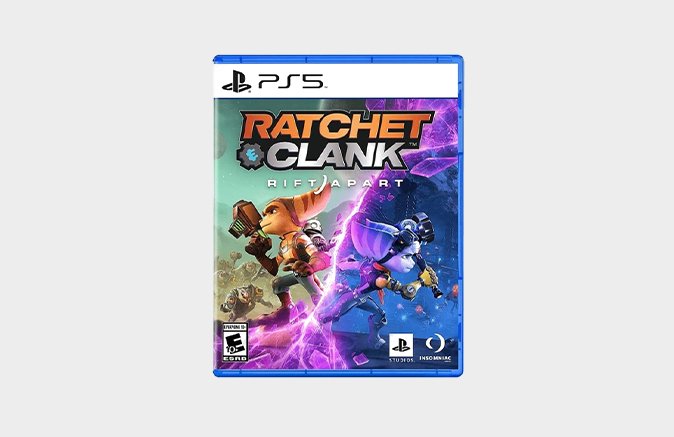 Ratchet and Clank must save the universe again in Ratchet & Clank: Rift Apart. This multidimensional third-person shooter — and PS5 exclusive — includes everything that’s made its predecessors great, including innovative action mechanics, next-level visuals, and a humorous, well-written story. 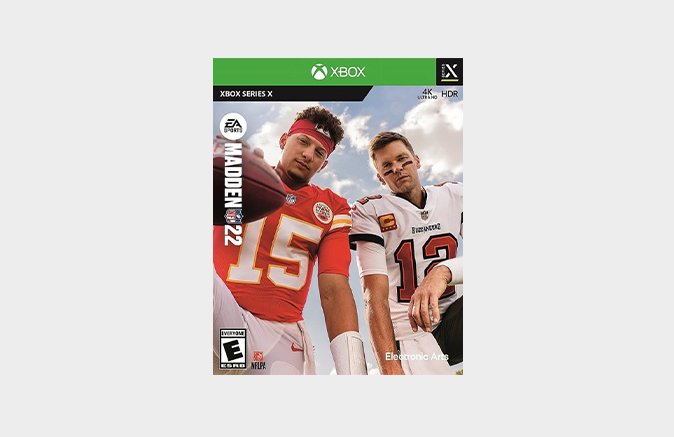 Need something to hold you over until the next NFL season starts? Madden NFL 22 is the premier NFL video game. It features the most realistic gameplay animation to date, along with new features like home-field advantage and an expanded franchise mode. EA Sports typically releases new Madden games towards the end of August, so you have plenty of time to enjoy this latest offering before the next game drops. 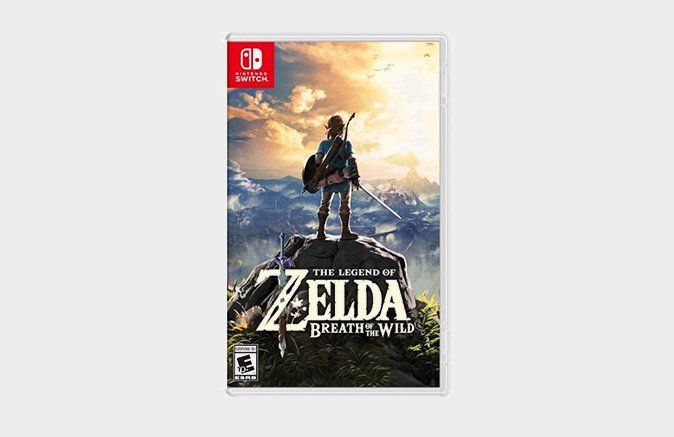 10. The Legend of Zelda: Breath of the Wild

Best Verizon iPhone Deals: How to Get a Free iPhone 13 This Summer