For this year’s Black Friday and Cyber Monday recap, we’ve partnered with location data company X-Mode to understand the changes in foot traffic to large retailers on Black Friday in 2020 compared to 2019 nationally and for all 50 states.

In addition, we’ve updated our Savings.com Retail Index, which tracks same-day consumer purchase intent across hundreds of e-commerce storefronts and average order size across a typical basket of goods for online retailers in apparel, electronics, housewares and other categories. Finally, we asked consumers about their shopping habits on Black Friday and compared our Savings.com Retail Index predictions in October to what actually happened.

Our own research conducted in October predicted that in-store traffic overall for Black Friday would drop by 57 percent, as just 30 percent of shoppers surveyed said they would visit a store this year (compared to 52 percent in 2019).

So what actually happened? Based on anonymized location-data from X-Mode, year-over-year foot traffic was down at major retailers at least 22 percent and sometimes as much as 72 percent. Retailers that sell perishables had smaller year-over-year drops. 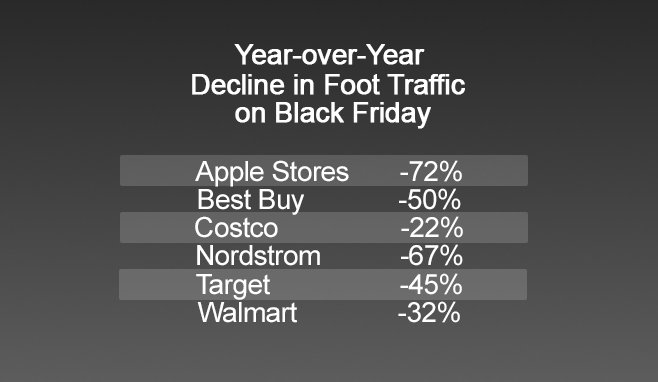 The list below shows all states ranked from the most decline in foot traffic to least across major retailers. Vermont and Washington D.C. were excluded due to low sample size. 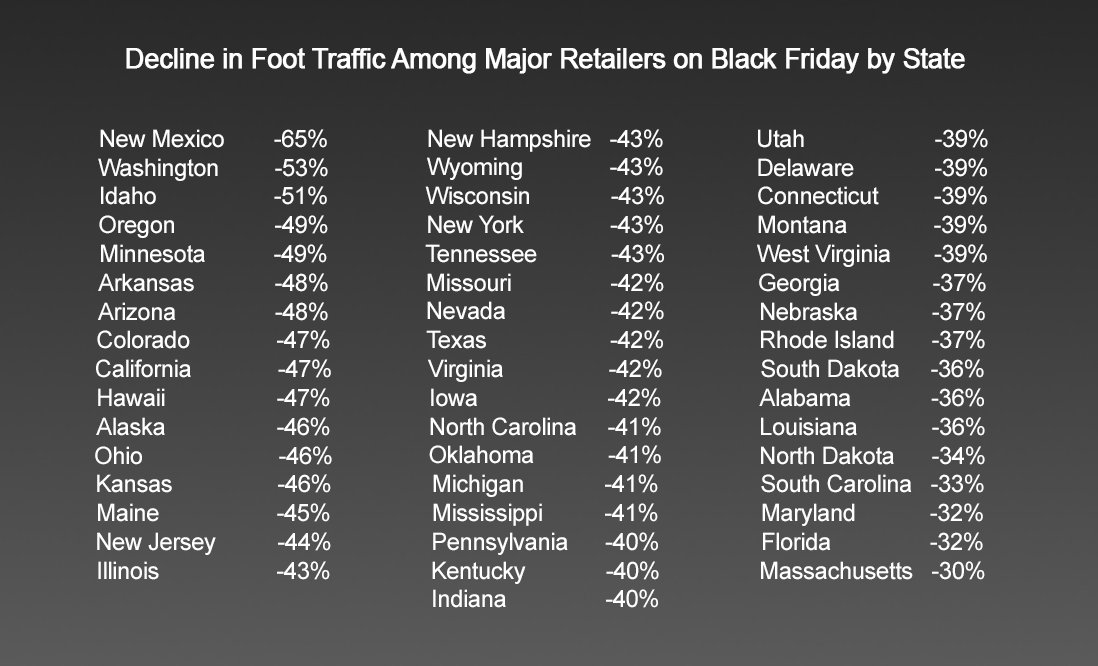 Our Savings.com Retail Index, which measures same-day purchase intent for hundreds of online retailers, shows that online shopping was up nearly 15 percent compared to 2019. This is significant because the e-commerce holiday shopping season started approximately four weeks earlier in 2020 compared to 2019. 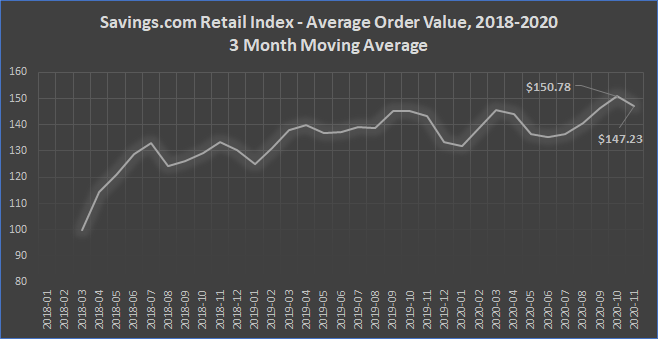 The Savings.com Retail Index of Purchase Intent measures consumers’ intent to purchase same-day on hundreds of online retailers. The vertical axis is an index value for comparison purposes.

In addition to more consumers shopping online, average order size of purchases was higher in the last three months than any month since the inception of the Retail Index in 2018. The Savings.com Retail Index measures an average order across a typical basket of goods for online retailers in apparel, electronics, housewares and other categories. We take this to mean that consumers are making more highly considered purchases online, including appliances or apparel that they might have previously preferred to see or try on in-store. 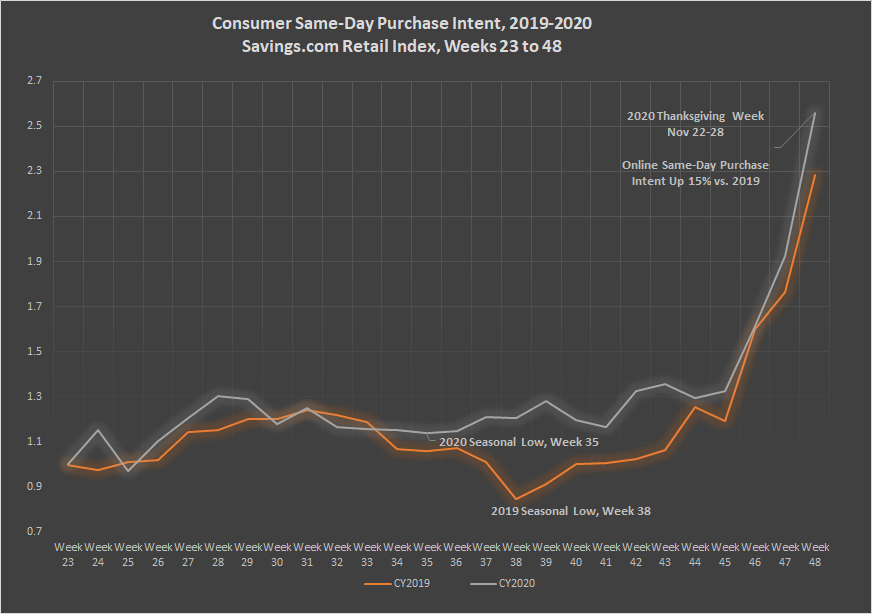 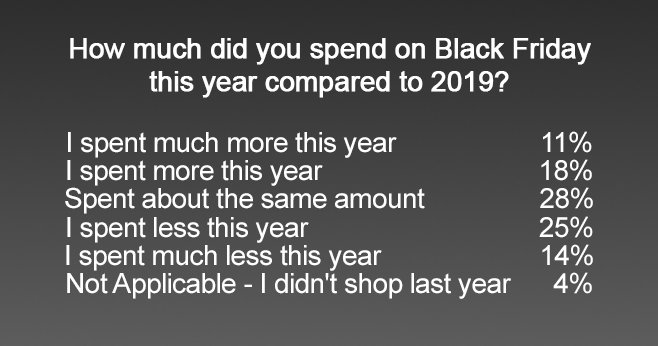 The Savings.com Retail Index tracks a typical basket of goods for retailers in apparel, electronics, housewares and other categories. It also tracks consumer same-day purchase intent for hundreds of online retailers. In addition, we surveyed 662 U.S. adults on their shopping during Black Friday. Our survey was conducted online on December 1st, 2020. Location data was supplied by X-Mode and is anonymized.